The Role of Media Framing, with a Special Focus on Shark Week 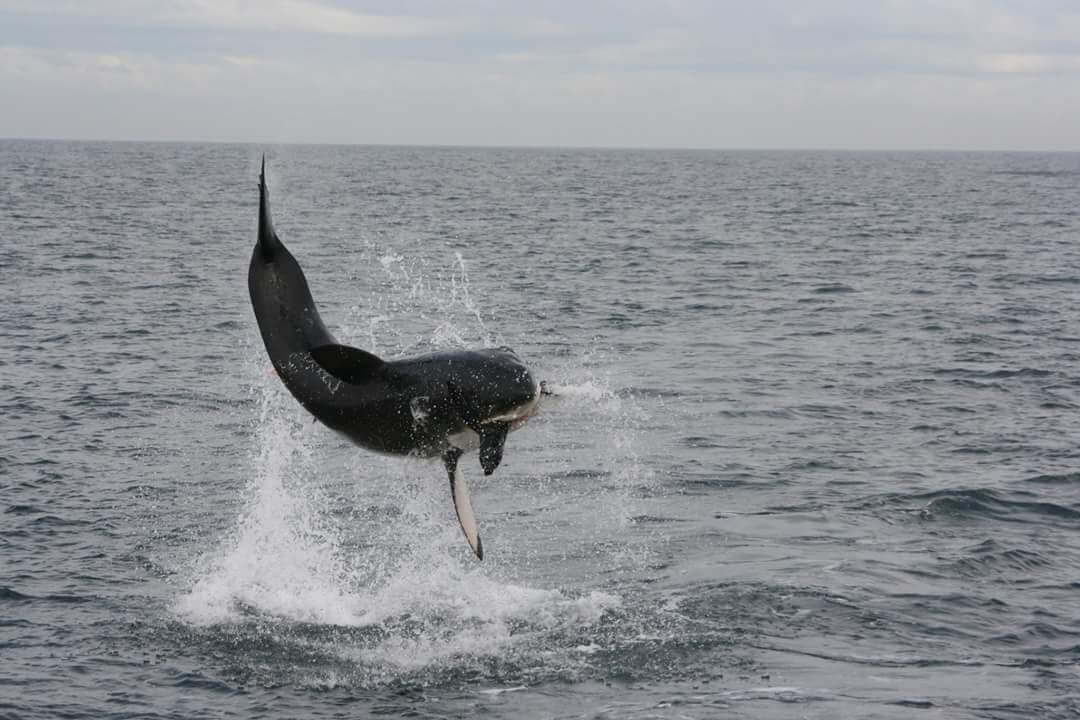 Discovery Channel’s Shark Week is quickly approaching (August 8th-16th) and this year the show will most likely see a continuation of trend as being one of the most viewed summer programs globally. As someone who has worked with great white sharks as a marine biologist in South Africa, one would think I would be a supporter of this show and eagerly anticipate its screening every year. On the contrary, I am a huge critic; from my perspective as a conservationist, it maligns sharks. Millions of sharks are killed per year for their fins– as many as 100 million- and rather than take the opportunity to shed light on the exploitation of sharks, Shark Week uses its international platform and mass audience to further vilify them, engaging in sensationalist discourse that portrays them as mindless killing machines. Although, when Shark Week debuted in 1988, it initially focused on shark conservation and education, the last decade saw a transition to entertainment-focused programming (‘jaws and claws’ sensationalism), rather than on real conservation issues. Over the years, Shark Week programming has focused more and more on footage of violent shark attacks (or dramatized recreations) and depictions of fear and danger. Many scientists, myself included, believe that this type of media hype, centered around the danger sharks pose, and specifically, about fatal shark attacks (which are incredibly rare, at 4 per year on average) fuels the general public’s fear of sharks, which may be one of the biggest barriers towards their effective conservation.

How we perceive and interpret information about sharks is an example of media framing. For good or bad, the reality is a lot of the information we receive about important issues is through mass media sources. The mass media is a powerful presence in our lives, its influence on our society cannot be overstated and through increasing use of the internet and social online networking, coupled with technological advances, its influential power is becoming increasingly omnipresent. Through carefully crafted and tailored opinions, insights and descriptions, the media directs audience attention to certain topics; consequently, it has the power to give specific meaning to issues and establishes a pivotal role is establishing how the audience is presented with many key and/or controversial topics. This precise selection of topics that are chosen for discussion is called media framing and it is a process of selective control, where the audience attaches value and importance to specific pieces of information. As gatekeepers of information, the role the media has in issue framing is consequential in not only what the general public is exposed to but how they are exposed to it. The media does not necessarily have the power to tell us what to think, but rather what to think about, consequently, frames develop compelling narratives in order to highlight some pieces of information and downplay others and privilege certain interpretations and understandings over others.

Chaos and drama sell. Frequently, sensationalism, when highly publicized events (e.g., tornadoes, wild animal attacks, homicides) are reported in a spectacular way, this contributes to an overestimated frequency of risk. A clear case of this is the representation of sharks. As most people will never encounter sharks in the wild to develop their own opinion, the media’s portrayal of these animals is a key contributing factor to public perception of these species. In the study done on sharks and media coverage, shark attacks were reported at least 5 times more than any type of conservation concern or any other shark-related topic. Other studies have shown that wildlife-related media coverage often highlights low-incidence, high-consequence events such as human injuries and mortalities. In two separate studies, specifically on Shark Week,  demographic data like age, gender, and education level had little to no relation to knowledge or opinions on sharks; rather watching videos of violent shark attacks cause a person to over-estimate their risk of being a victim of a shark attack, compared to those who do not watch videos of violent shark attacks. This information highlights the potential for dramatized Shark Week footage to skew the public’s view of sharks in a negative manner.

The media has demonstrated repeatedly it has huge influence on public opinion and perceptions. Although there is now a large body of evidence that shows that many shark species are at risk of extinction, media coverage still emphasizes the threats from sharks to humans, rather than from humans to sharks. The media has a history of sensationalizing human-animal (especially dangerous animal) conflict, this discourse, exemplified by Shark Week, may do a good job of selling the spectacular, but does nothing for shark conservation. Discovery Channel’s Shark Week must start recognizing their role in glorifying fear-mongering and greenwashing- they are not doing sharks and shark conservation a service.

Photo: This was the first picture I ever captured of a great white shark breaching in False Bay, South Africa

How can you help?