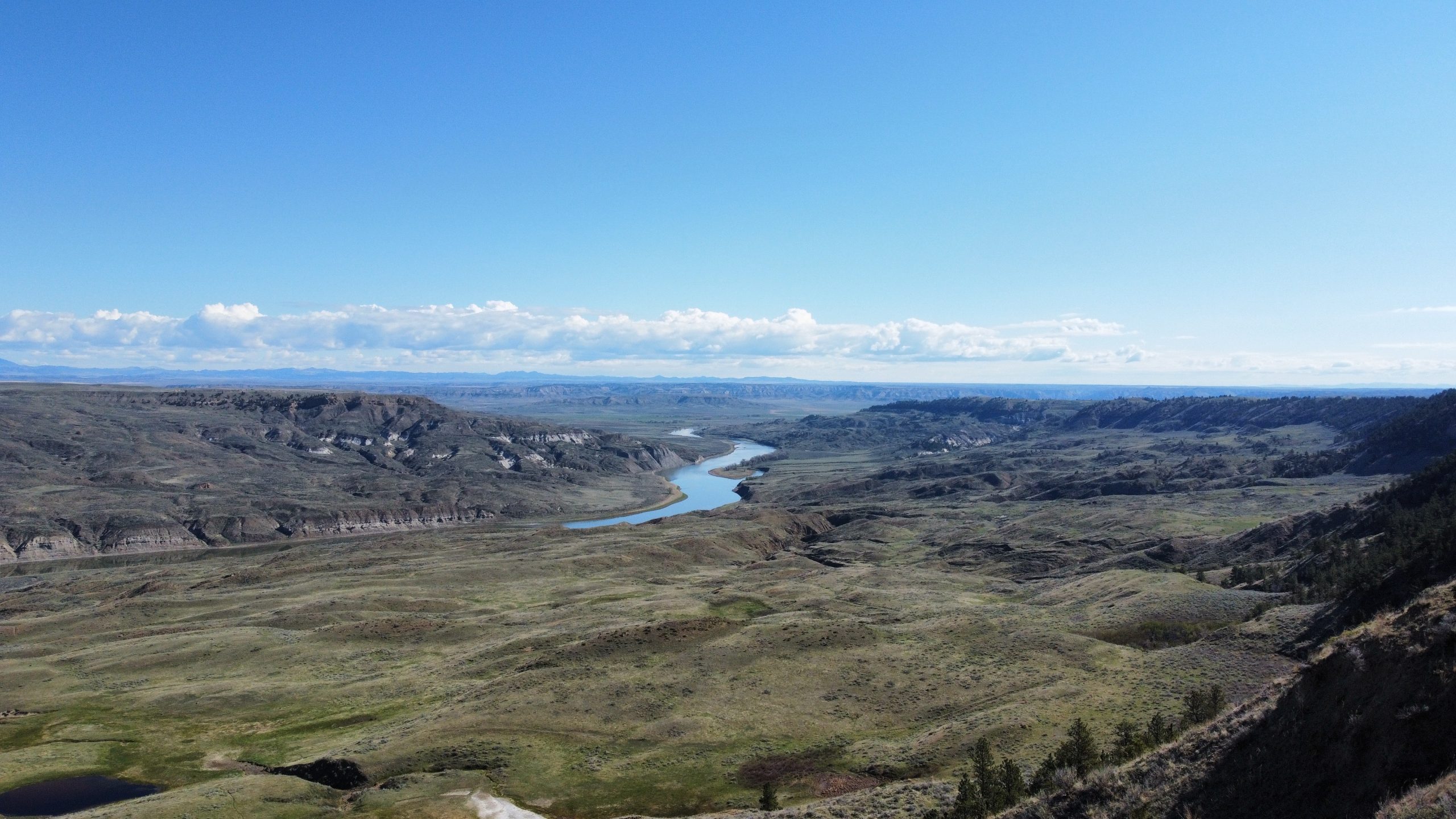 There was once a land of wild expanse that rivaled all else in the world. With imposing beasts and formidable lands that could be found around every turn. A close but forgotten sister of the Serengeti, punished by the same unforgiving sweltering heat, cold and exposure. An indescribably vast and rhythmic sea of green and gold with rising waves of heat. Thunderclouds crawled above the ground and the rain was eager to follow. Lightning strikes ignited fear in the likes those who had not yet seen death. Animals embraced the subjection of the day, and marched in the millions to find water. Bison with their thick woolen hides turned their backs to the sun to deal with the passing of summer. Knowing all too well the approaching winter would not be much fairer to see. Wolves repeatedly danced through the seasons following them in snow and heat. Uncountable varieties of insects trailed them too in search of sweet smelling dung finding themselves hunted by cats, weasels and birds. Meadowlarks and robins claimed broken twigs and perched on stumps centuries older than they, triumphantly warding off visitors and potential suitors among their domain. Smells of life and death mixed together in a cocktail of wisdom and folly. Crushed sagebrush and dry sweetgrass growing over sun-bleached bones of a carcass long past. Molded by millennia of freeze and thaw, paw and hoof, fire, drought and flood left scars upon the land. Mirrored in a single day with innocent morning dew and oppressive afternoon heat. Those unable to find refuge from the midday fell victim to the merciless sun above, then covered in frost by nightfall. So bitter the cold and short were the days that blizzards mantled the fields. Desolate calls of ravens above scouring for the meekest of meals. Bears in their dens lay silent with their cubs waiting for signals of spring. And the unlucky few who had been claimed by the chill were left alone to until winter’s end.

Benevolent days were found there too. Gentle rain made its way down grassy shoots and saturated the parched earth. A cacophony of frogs illuminated the flooded banks warming and tuning their instruments. Fowl emerged from the freshly soaked reeds arguing and laughing while they chased one another over newly filled dams. A decadent array of flowers appeared in stark contrast after the rains, and bees and birds and other flighted sprites jostled from one petal to the next. Early in the morning thick clouds of vapor fell from the mouths of bison and bighorn as they belted and groaned in search of a mate. Deer rubbed bloody, leathery velvet from their antlers and apathetically tore bark from the vulnerable young trees. Hawks and vultures followed the desperate coyote traversing an endless network of trails in search for a morsel of relief. So cowardly was the call for an animal so constantly chastised by the elements and his enemies. So brave was his resistance. So cunning was his attempt to appear more than he was.

Tall swaying bunch grasses gave way to deceptively infinite swaths of mirage inducing rolling hills. Hidden folds revealed great swells of earth; an ocean of grass. The plains stretched out forever occasionally erupting into sunburnt outcrops beaten and nearly toppled by Nature herself. It ran for miles until abruptly falling into the riverbed thousands of feet downward. There it constructed cathedral walls and reverent pillars of limestone. Caverns managed by birds and bats and hail blemished the sides of the river. Washouts carried whole trees and left them where others had been laid with arms stretching out. Like bones of once mighty warriors embracing each other, yet bare and solid like stone. Beavers combed shorelines in-between them culling unsuspecting willow saplings growing in their shade. Out beyond the river dust rose on the horizon as antelope flocked like birds. How they ran with such delicate ease unequivocally faster than any foe. The crust of the earth cracked and trampled, red with blood and iron, sapped for mineral by every root. Gnarled and buckled trunks remained where bushes had fended off browsers and brawlers and fire.

Black smoke rising from the distance, a mosaic of orange flames spreading and licking the dead as it passed. Plumes of charcoal caused panic and turmoil and those of the sick and the old were left to their fates. Like hairs of the earth, vibrant young shoots emerged from the charred landscape and once again the crescendoing tempo of the the grassland resumed.

A place where the sky seemed to have no end, and the stars were spilled from East to West. An anomaly of bounty and scarcity. A forgotten sister of a far away land. A relic of ancient poetry, a rival to all else in the world.

Not two-hundred years ago the land that sits between the Rocky Mountains and stretches miles until swallowed by the forests of the East was a much stranger place. Great herds roamed beyond all sight and an epic romance was played out by predator and prey. The sheer numbers of the game are still up for debate but certainly rivaled its African counterpart. Bison, bighorn, elk, deer and antelope were pursued by coyote, cougar, bear and wolf. Where water was found, there were thousands of birds on the wing. Insurmountable migrations took animals across untamed rivers, endless plains and barren landscapes. Suitable conditions out on the prairie were only ephemeral and every version of exposure was inevitable from freezing rain to dire heat. The humans who lived there were too subject to the elements but for great reward. Grasslands are places of plenty, and places of lack. Cyclical nomadic odysseys were necessary to live there, but a life full of adventure no doubt. Early Westerners described days of wandering with not a single tree in sight. Where tens of thousands of buffalo[1] had plastered the horizon the morning before, but none to be found by dusk. Lewis and Clark described seeing bison so numerous they were mistaken for distant thunder. Although this image seems so far away it is really just out of our grasp. The intrepid expedition across North America was completed in 1806, but by the 1900’s Teddy Roosevelt was astonished by the desolate lack of game. In less than one hundred years the temperate savannas were plucked of their ripe fruits.

Gold strikes in California, Colorado and elsewhere brought hordes of newcomers across the lands in search for riches and for a short while, spared the great prairies as they were passed over on their way. Then the solemn echoed tale of market hunters, cattle herders and native exile to reservations removed seemingly overnight the spirits the plains. The tremendous herds of buffalo which numbered in the tens of millions, that shook the ground as they ran, that played extraordinary theatrics with wolves and men for so long were slaughtered for their fur and tongues and without the slightest bit of remorse. An indiscriminate massacre which began for the value of the hides or meat devolved into mere target practice using the animals as rifle fodder. Their bodies bloated and baked in the prairie sun, strewn about like beached whales but on a scale of mass extermination. Then the predators were targeted, less for market value and more for the security of the Western tide of civilization. With gun powder and poison they removed a critical shepherd of the migrating herds and humankind’s greatest foe. One by one the animals (and humans) that inhabited the seas of grass began to disappear and were replaced with sheep then cows, trains, roads and ultimately…fences.

Perhaps the most insidious and damaging weapon against the ecology of the prairie is the seemingly innocuous barbed wire fence. The animals that evolved on the prairies became gifted with attributes that favored the endless land and skies. The pronghorn (antelope) that is a last relic of an early ice age has eyesight to see danger many miles away. It did not evolve to jump over fallen logs or brush like the deer in the dense woods. They were constantly tested out in the open to run uninterrupted for miles from wolves and mountain lions and a now extinct American cheetah. So when the homesteads sliced up the land and raised five strand fences in the way of  thousands of miles of migrations each year, the animals stacked up on along the wire and often died. The grizzly bear too, with her impressive claws and size was a product of the grassland. With powerful shoulders to dig up roots and a nose to find food miles away she is now reduced to the dense pine forests in the mountains. Countless other animals have either adapted to the changes or have found exotic refugees such as the bison in Yellowstone.

When the enlightenment came to protect the remaining wilds, the prairies were overlooked. Mountain ranges and bands of forests were preserved for the benefit of Nature and Man. Shorelines and whole islands were safe guarded but the grasses that harbored such a great deal of life were passed on to ranging cattle. Now, the cowboys who fed the land of milk and honey should be given proper acknowledgment for their efforts. There are many who respected the land and helped foster the nation that would eventually turn around to save its precious natural wonders. Yet, the spirit of the ecosystem is defined by not only is aesthetic qualities but the drama of its inhabitants. The trill of sandpipers patrolling the bank, or the silence piercing hoot of an owl. The smell of a fresh kill and the tension of scavengers impatiently waiting for their chance at scraps. Evening clouds with pink under-glow from a burning sky’s reflection in the sleepy river bend. The cool kiss of still air that quickly follows the sun and the dancing celestial display that emerges shortly after. The absence of charisma leaves a mere skeleton where life once played and the plains have began to lose the emotion that gave it breath.

Yet, not all is lost. There are still pockets of hope splayed over the once great grasslands. Coincidentally the onerous severity of the climate has done much to help protect it. Untouched swathes of prairie lands remain intact; the stage is set, only the actors are missing. One such place is the American Prairie Reserve (APR). The foundation is committed to return (if but a glimpse) of what once was prevalent all over the plains. In north-central Montana, surrounding Fort Peck Lake there is a range of grassland that has not been cut by the plow or settled by civilization. Black Angus stand where bison stood and there are still no howls of wolves, however the grasses are rich and the rivers are still wild. An area twice the size of Yellowstone Park, the program aims to reconnect virgin land and well managed ranges to mend old bonds of natural succession. The group has already introduced a growing bison herd to help engineer the landscape and removed tens of miles of fencing. Through a patchwork of government lands, easements and land accusation the APR is restoring vital components to enact the drama again.

[1] Buffalo: used as a colloquial term for Bison bison, a bovid animal endemic to the North American continent.