National Geographic: Siberian tigers are being hunted at night for their body parts 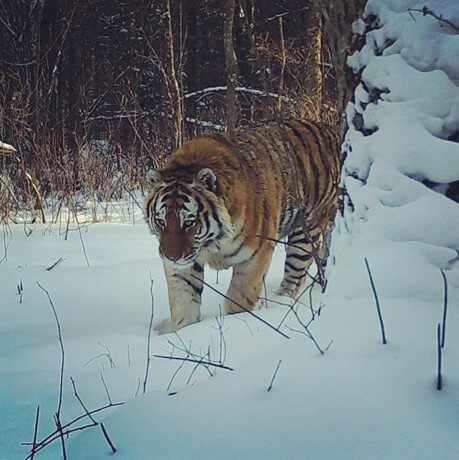 I am so please to announce that an article about my PhD research on tiger poaching in the Russian Far East has been published in National Geographic! This is such an important step to raise global awareness for an issue about this horrific wildlife crime that Russia and China are trying to ignore and deny. Below is the abstract to my dissertation, synthesizing the premise of my work. The link to the National Geographic article follows:

The illegal wildlife trade is becoming increasingly ubiquitous and constitutes the greatest threat to the survival of many species. Tigers are one of the most exploited wildlife species, due in large part to the enduring domestic demand for traditional medicine in Asian countries, especially China. The past 100 years has seen the global tiger population shrink from 100,000 to less than 3,500 individuals. In the Russian Far East poaching has been identified as the most direct threat to the Amur subspecies however, almost no empirical evidence exists about the true extent of the poaching crisis. By utilizing criminological ethnographic methodology, I conducted semi-structured interviews and participant observation with those directly involved – the poachers, buyers, middlemen and smugglers – in tiger poaching to gain insider information about this wildlife crime. After spending five months in Russia over the course of two years I interviewed 116 respondents, 43(37%) of which admitted direct involvement in poaching and/or trafficking of tigers.  The information I gathered help me identify who is involved in poaching and trafficking Amur tigers, their primary motivations and modus operandi, smuggling methods/routes to China, the number of tigers poached in the region per year, and detailed information about the corrupt practices that facilitate its occurrence. I hope this data, the first empirical evidence about the Amur tiger poaching crisis, will inform the conservation community about what is really happening in the Russian Far East, lead to more accountability from the Russian and Chinese governments, provide tangible and context-specific conservation solutions based on the robustness of criminological theory and methods, and facilitate demand reduction campaigns to end the illegal wildlife trade.