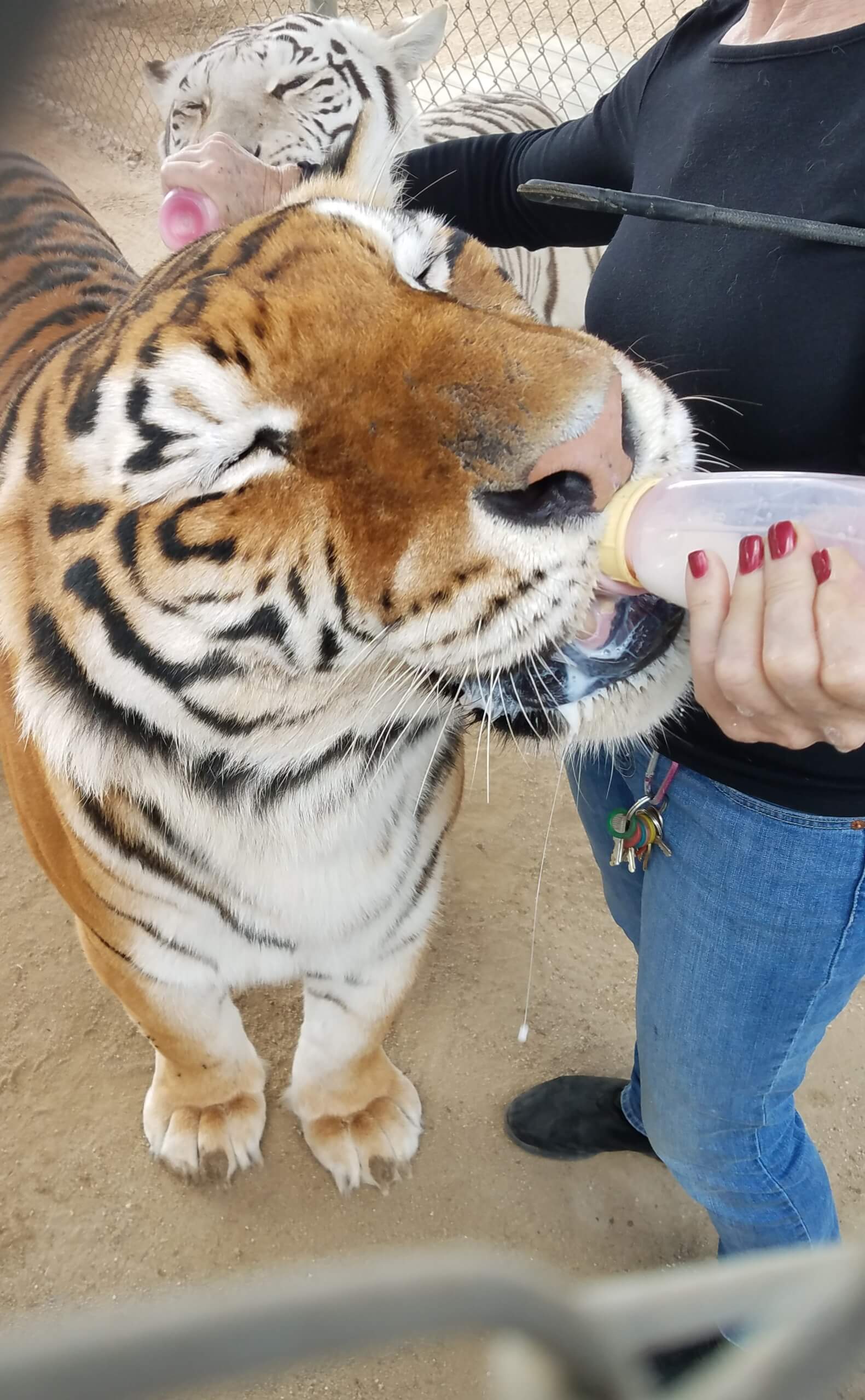 Over the past 20 years weak federal regulations has engendered a pervasive threat to both animal welfare and conservation. Many of us have not realized our dangerous complacency by allowing the marginalization of one of the world’s most iconic species.

Images of privately-owned tigers should belie what instinctively comes to our minds when we think of these impressive and elusive big cats; even if we have never seen one in the wild, it is an indisputable truth in our psyche that tigers belong in the forest. They are wilderness. Not so long ago our brain would have experienced dissonance against the sight of a tiger behind bars in backyards. Unfortunately, collectively, we have become desensitized to such a sight and there has been a steady upward move towards acceptance of exotic pet ownership in our culture. From 1998-2016 the infamous ‘generic tiger loophole’ had the unintentional consequence of incentivizing captive tiger breeding. Consequently, there has been a steady increase in tigers in the U.S.- 95% of which are outside the jurisdiction of sanctioned zoos– to a point where there are now 2-3 times as many pet tigers in the US as there are wild tigers left in the world.   This pervasiveness of captive ‘pet’ tigers and their subsequent commodification is not only an animal welfare and human safety issue, but a startling conservation problem, as many people no longer associate tigers with the wild or, more alarmingly, being critically endangered.

For those with a desire to own a tiger in the U.S., it is remarkably easy to acquire one, as the associated legal framework is fragmented, ambiguous and easily circumvented. Why do people want to own tigers? Some owners falsely believe they are contributing to conservation (no captive-born tiger has ever been released into the wild); others have capitalized on our collective admiration of big cats and turned ownership into a business enterprise; others may just have a curiosity, love or even manic desire for owning an exotic cat. Regardless of the motive, none of the federal statutes or regulations pertaining to the private ownership of big cats expressly forbids ownership and oversight of the matter is very limited. In the absence of coherent federal oversight, a patchwork of confusing and contradictory legislation exists at the federal, state and local level which has engendered a complex web of regulations that are difficult to understand, interpret, presume citizen compliance with and legally enforce. The Endangered Species Act (ESA), the chief statute to protect the intrinsic value of biodiversity, falls short in its protection of exotic big cats in the U.S., due to exemptions that have modified the law and loopholes in implementation. Consequently, the number of tigers kept in private collections in the U.S. has skyrocketed to a number that, (while impossible to be certain of due to the lack of regulation), is estimated to be around 10,000.

I recently wrote on article on this issue in The Conversation, specifically about how the Netflix show “Tiger King” squandered an opportunity to shed light on this alarming conservation issue. I lament that sensationalism won and the tigers- including the serious conservation threat they face- are all but forgotten in this train wreck of a drama. Clink link below to read my article and learn more: